When two planes collide it was lucky everyone had parachutes on. They all survived, even the pilots. One plane landed but the other pilot had to bail out. I think I read he had to use a reserve parachute to escape.

This is an extended 1080p version of the grainy video that was out a few weeks ago. It has footage from multiple Gopro cameras mounted on the helmets of the divers. Amazing that nobody was injured or killed.

It can get pretty crazy at live performances can’t it? I’m 100% guilty of taking photos at concerts and I recorded video of my son’s stage performances at school. I even sneaked a camera into the Irish Bruce Springsteen and Take That concerts.

Meanwhile, this is what Louis CK has to say about posting videos of your kids on Facebook. It’s very NSFW obviously so be warned!

Do you wonder if you’ll ever watch any of those videos again? You need to make it easy for your family to do. Grab Plex, install it on your PC and tell it where your family videos are. It will do the hard work of indexing them. You can browse them from a web interface, on your phone in their app, on PS3 or Xbox 360 even. I’ve rediscovered videos taken when my son was only two years old that make me smile and laugh all over again!

I found the video above on fstoppers where Mike Wilkinson mentions a singer named Mayer Hawthorne who told people to get out their phones and cameras and he and his band posed for photos. Apparently everyone put their cameras away afterwards and enjoyed the show. Good idea. Taking that one step further it’d be great if performers put photos and videos of their shows online for fans to download. Put that URL on the ticket. Could schools do something similar? Most schools must have a reasonably competent (or enthusiastic) photographer and videographer as a parent. Delegate the job perhaps?

Finally, keep making memories and recording them but as I’ve been reminded many times, get your face out from behind the viewfinder too!

A brand new trailer for Avatar 2 has just been released and it’s amazing. If you thought the first film was stunning you’ll be blown away by this one!

This game is from January 18th, shot on a Flip Mino on a tripod as I sat slightly to the side. I was wearing headphones so no sound except my occasional grunts and curses. I edited out the bit at the end where I stood up too quickly and knocked over the tripod. 🙂

Oh, and I can’t believe I missed that guy lying on the ground. I stunned him but thought someone else had finished off the job as he wasn’t moving.

A round up of a few videos and photos of the flooding in Cork last month. 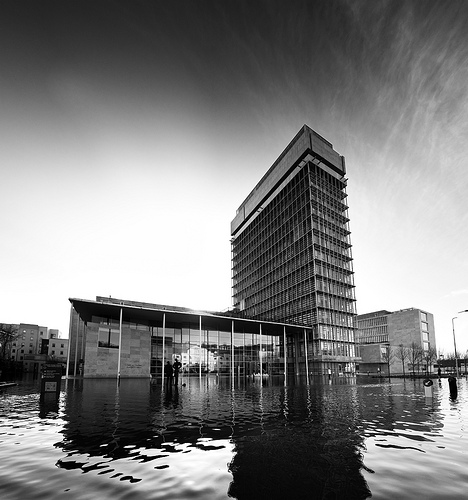 Panciostela drove from Victoria Cross up the Carrigrohane Straight to Windsor Motors and posted 3 videos along the way, shooting the flood in the Kingsley Hotel last. Any vehicles in the underground carpark there must have been completely destroyed.

Lots of photos on Flickr and pix.ie (floods around the country), there’s even a Submerged Cork Flickr Group. Brian Clayton posted some outstanding photos of the floods on his blog.Thanks to Margaret Jordan where I saw one of the videos above and prompted me to post this.Links: Will has blogged about the various fundraising activities for the people displaced and affected by the floods, West Cork Wash out!, Flood in Cork, North Main Street.I forgot to say, I was in town on Saturday and there was hardly any sign of the flood and the city was very busy.

The Internet is a great place to be. One moment you’re surfing through high quality blogs and the next you’re watching The Top Gear Band trying to play a Billy Ocean song for Red Nose Day in the UK last Friday.

Actually, I read Jeremy’s article in the Sunday Times and went looking for it so I had no excuse. I’m still amazed at how quickly these things make it online. I hope I don’t lose that wonder and become blase about this whole world-wide communications tool at our finger tips. Oh look! an email thingy. I should print that out and read it!

Did you see the last Top Gear of the season? Wasn’t it mad driving those “limos” through the heart of London? Looking forward to the Summer season! Oh look, there are clips of that too. It looks like the Billie Piper interview is in there somewhere too.

Simply because it’s unusual to get so many egos into one small room, here’s Ricky Gervais, Stephen Merchant and others doing a sketch for Africa via Blogorrah. It’s a great laugh too.

Go out and buy the DVD when it’s available. It’s all for charity!

I saw this advert over the weekend and fell about laughing at it. Yes, it was a quiet weekend in Kerry but it’s a good ad nonetheless! I wonder if we’ll see disgrunted bankers barging into the Cork branch of Halifax looking for a fight?

Paris Hilton makes headlines all over the world just for being her but her sex video, “One Night in Paris” made her even more infamous! Now just hanging out with Britney Spear isn’t enough. The video released by ex-boyfriend, Rick Salomon caused quite a stir.

(Yes, this is like Pamela Anderson’s latest video, and yes, this is the last time I’ll recycle this joke!)

What is it about Paris Hilton that made you search for her video today?

END_OF_DOCUMENT_TOKEN_TO_BE_REPLACED

Gardai are investigating a video found on bebo.com made by two lads from Cork. They made a video of themselves driving at 200km/h through the Jack Lynch Tunnel and then posted it on the Internet for all to see. I wonder who did they think would watch the video? Has the video made it outside Bebo yet? Apparently the Gardai have asked Bebo.com to take the video down so it could be gone for good. Pity, it could go down in Irish Internet Folklore.

While we’re waiting, here are two lads who decided to drive at speed through Dublin city center, at least until they passed an unmarked Garda car. (via Blogorrah)

The video might not be playing, but you can view it here still. Not sure why but it’ll probably right itself eventually. Note the comment from the driver:

deloford (2 months ago)
They stopped us because it was an english reg in dub& they thought the car was stolen by a couple of nackers, also you cant see clearly but it was v. bad driving in rain,nearly ran someone down,run red light,speeding in bus lane,a guy videoing it in the front seat which they saw.
Normal cops dont threaten to shoot you and if it was normal cops we’d ave been in the shit. He started to search and got a call.

Why is everyone using like at the end of every sentence what ever the fuck that means?!!!

If you’re a fan of the Scrubs tv show then you might remember the episode in which JD thinks he sees the Janitor in the Fugitive as a policeman on the subway train who shouts, “Kimball!” before being shot. I always wondered if the Janitor was messing with JD’s head at the end of that episode when he acts out the policeman role.

Wonder no more. Neil Flynn who acts as the Janitor in Scrubs really did appear in the film the Fugitive! You can read about this and more trivia on imdb or the Janitor page on Wikipedia.

Janitor’s facility with accents is explained by his membership on his high school’s speech team (“My Fifteen Seconds”) and his past experience as an actor; he even had a small role in The Fugitive (Flynn actually played the role of the transit policeman who is shot on the commuter train in the film, mixing reality with the storyline). Janitor shares this secret only with J.D.; it explains why he’s a janitor now, and was implied as another reason for his sadistic behavior, as an outlet for his frustration at a failed acting career (“My Friend the Doctor”).

Jump forward to about 1:18 of this fan video made of Neil Flynn clips. You’ll see both the Fugitive and Scrubs scenes one after the other.

And finally, some Janitor highlights, including the first time JD and he met. “Maybe there’s a penny stuck in there?” Very funny! I think the janitor is one of the better and unusual characters in Scrubs.