A few weeks ago we went down to Midleton for their Food and Drink Fair. The place was packed with people and I got lots of shots. Here are a few of the martial arts demo we passed near the end of the day:
I wish my camera recorded milliseconds. All shots below were taken at 15:49:45.. The Canon 20D rocks! 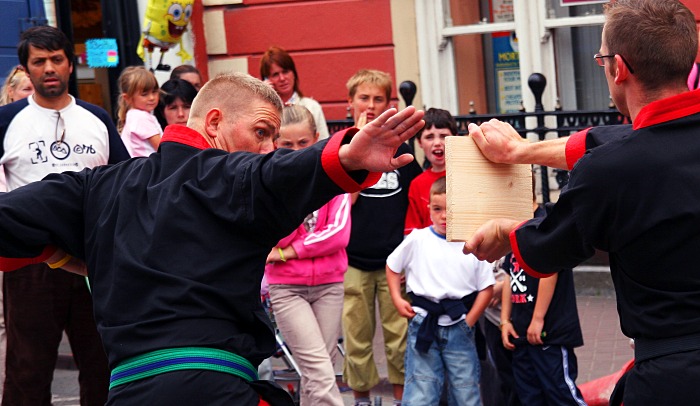 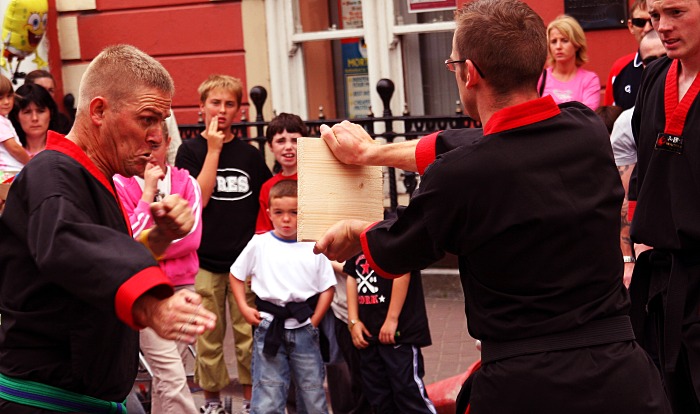 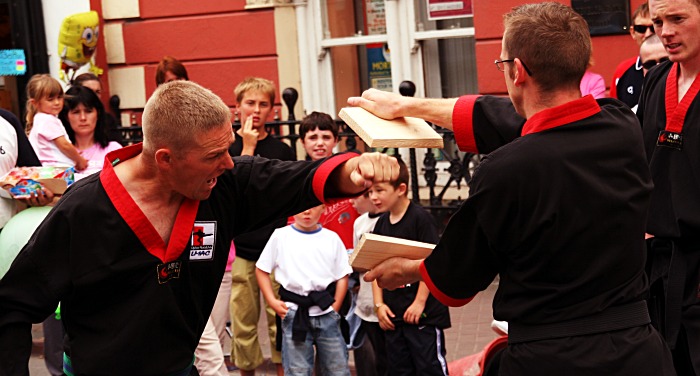 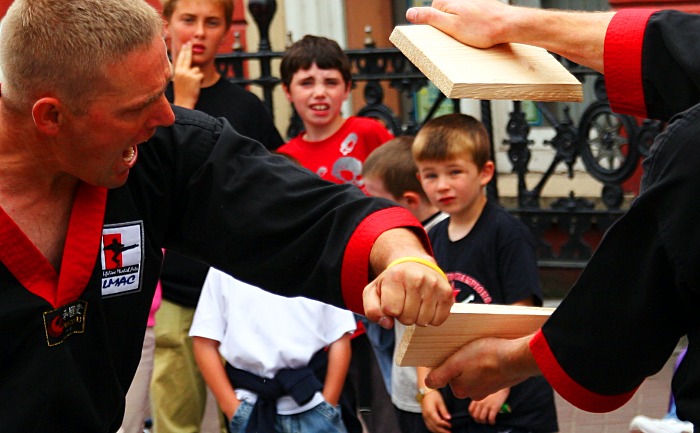 We’re off to the Midleton Food & Drink Festival later. Sounds like good fun and I’ll have plenty of snaps with my new lens! (more)
There’s another vintage rally happening down near Macroom tomorrow which is where we’ll head.

Looks like lots more to do this week and until the end of the year too!
This week being heritage week there’s lots of events on! There’s everything from guided tours of lighthouses to re-enactments of the American Civil War at Charles Fort, to displays of 16th century weapons that ravaged Munster at the time!
Next Saturday is when An Ceile Mor 2005 will take place! Over 10,000 people will gather on 7 stages on Grand Parade and South Mall to dance the Siege of Ennis in an attempt to break a world record!