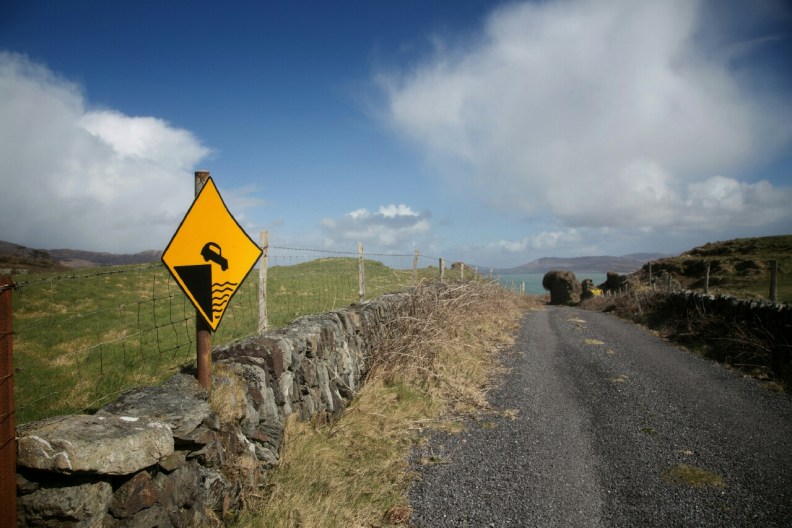 I can’t claim to be the author of this piece. I found it on Facebook but a quick Google search shows it in blog posts and forum threads going back to 2010.
Being a Cork man, I’ve never been to Newry. I’ll have to rely on my Dublin friends to tell me what it’s like. I wonder if that bit is still true given the collapse in the value of the Euro..

Ireland is an island to the west of Britain but Northern Ireland is just off the mainland – not the Irish mainland, the British mainland.

The capital of Ireland is Dublin. It has a population of a million people, all of whom will be shopping in Newry this afternoon. They travel to Newry because it is in the North, which is not part of Ireland , but still pay in Euros. Under the Irish constitution, the North used to be in Ireland , but a successful 30-year campaign of violence for Irish unity ensured that it is now definitely in the UK . Had the campaign lasted any longer the North might now be in France . Belfast is the capital of Northern Ireland. It has a population of half a million, half of whom own houses in Donegal. Donegal is in the north but not in the North. It is in the South.No, not the south, the South.

There are two parliaments in Ireland. The Dublin parliament is called the Dáil, (pronounced “Doyle”), an Irish word meaning a place where banks receive taxpayers’ money. The one in Belfast is called Stormont, an Anglo-Saxon word meaning ‘placebo’, or deliberately ineffective drug. Their respective jurisdictions are defined by the border, an imaginary line on the map to show fuel launderers where to dump their chemical waste and bi-products. Protestants are in favour of the border, which generates millions of pounds in smuggling for Catholics, who are totally opposed to it. Travel between the two states is complicated because Ireland is the only country in the world with two M1 motorways. The one in the North goes west to avoid the south and the one in the South goes north to avoid the price of drink!

Ireland has three economies – northern, southern and black. Only the black economy is in the black. The other two are in the red. All versions of the IRA claim to be the real IRA but only one of them is the Real IRA. The North’s biggest industry is the production of IRAs. Consequently, we now have the Provisional, Continuity and Real IRA. The Real IRA is by far the most popular among young graffiti writers simply because it is the easiest to spell. I trust this clarifies things and has answered many previously unanswered questions for you.