Ah no! There’s wasps in my composter! Over the last few days there’s been an onslaught of small flies and flying ants! The local bird sanctuary is positively teeming with the little things that bite and buzz around your head! argh! “Kill Them All!”
Yesterday morning I noticed an unusual number of small insects around the garden composter, but didn’t pay it much heed as I was still recovering from the late night in Waterford on Friday.
This morning I got the zoom lens out to see exactly what they were and I wasn’t pleased. 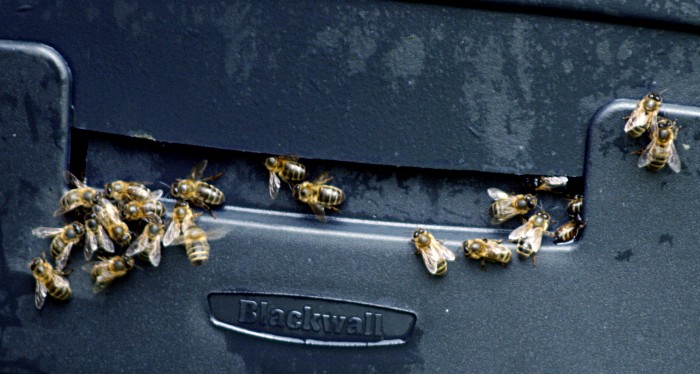 According to this page it is possible to get rid of them: dose the heap in water until they leave. I think I’ll postpone doing that until the temperature drops. It’s expected to reach 26 degrees today and those wasps will be at their most active!

Later… it gets worse! *gulp* It’s scary having that many stinging insects in one’s garden! 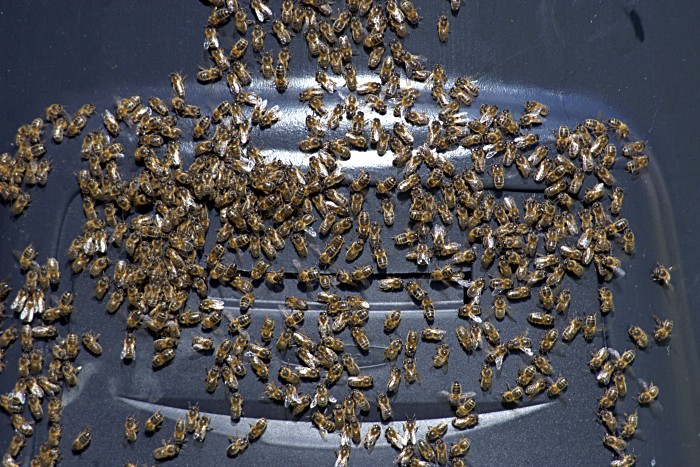 Much later… after much discussion on #linux, those insects are probably bees and not wasps. I still don’t want to get close to them, but they haven’t made an appearance yet today so maybe they’ve moved on. 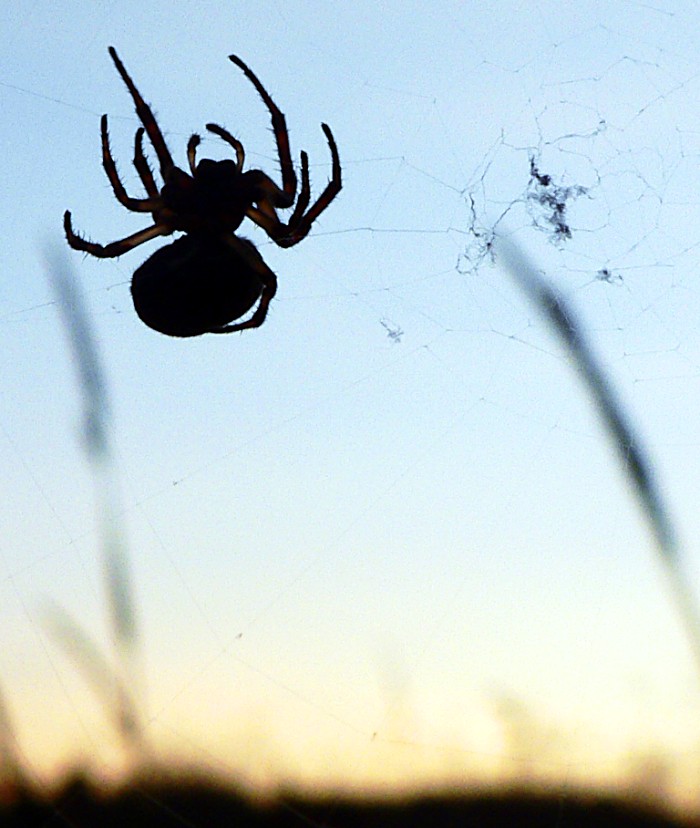 Luckily, there are plenty of predators feeding on the insects ..

6 replies on “Wasps In My Composter!”

oh that is one scarey pic, (that one with all the wasps), urrgghhhh. spray the wee buggers with bleach….

I recall one year at the end of summer I was trying to get some sleep when I heard this rather low droning sound in my room. I turned on my bedside lamp and found a Yellowjacket Wasp Queen hovering a few inches away from my face.

It was the end of the season, the hive had collapsed as they do every year, and this big and bloated creature, the largest wasp I’ve ever seen, was looking for someplace to sleep out the winter.

As you can imagine there was much shouting and lashing of towels.

Looking at those pics, I too would say that they are bees. They look nothing like the yellowjackets we call “wasps”.

Ok, I just have to end the insanity here.

Those are common honey-bees. They are probably swarming, which is something that’s done in the late spring or early summer when a hive outgrows it’s current location. It’s not aggressive behavior… whatever you do, don’t hurt them. They are really under a lot of pressure right now, and they need to be protected… they are responsible for fertilizing the *vast* majority of fruits and vegetables you eat.

If you have a nest in your composter, consider yourself lucky. That’s considered a sign of good luck in many places. All you have to do is call a bee keeper (look in the phone book) and they’ll come out and collect the bees for you free of charge.

Thanks Jonahan – a friend already suggested getting in touch with a local bee keeper. I can’t see any bees near the composter now so maybe they’ve given up on it. If they return I’ll get the proper guys in.

You did right by leaving them alone. They look for building materials and then move on unless they’re swarming (thousands of bees).