After seeing some of the photos from last weekends games in the newspapers I’ve come to the conclusion it’s bloody difficult to get good shots at a game without a press-pass, and a big lense on a decent camera. That said, here’s my contribution to the sporting history of the Chicago White Sox: 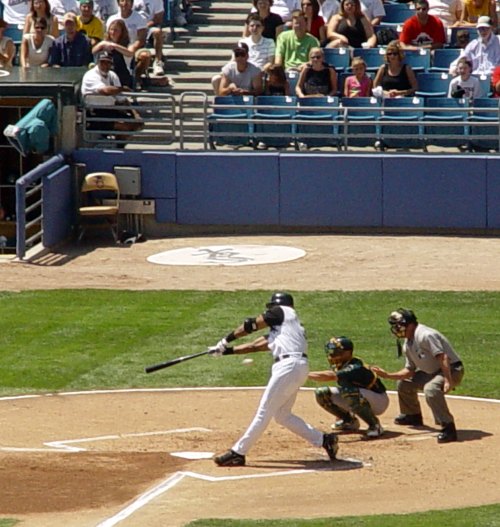 When the ball is pitched, it travels of speeds between 80mph and 93mph! Even if they don’t have to run around as much as in other team sports, their reflexes have to be very sharp! They have stamina too. Sitting down, drinking beer, or munching on a sandwich for 2-3 hours is easy. Concentrating and running around is another matter! 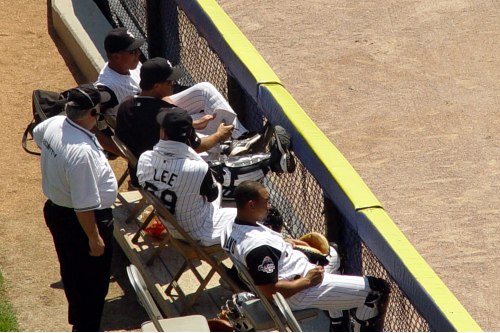 White Sox fans will recognise these players. I haven’t a clue who they are, except for Lee, for obvious reasons! Lee went on later, and made a great catch on a high ball.

Did he make it? 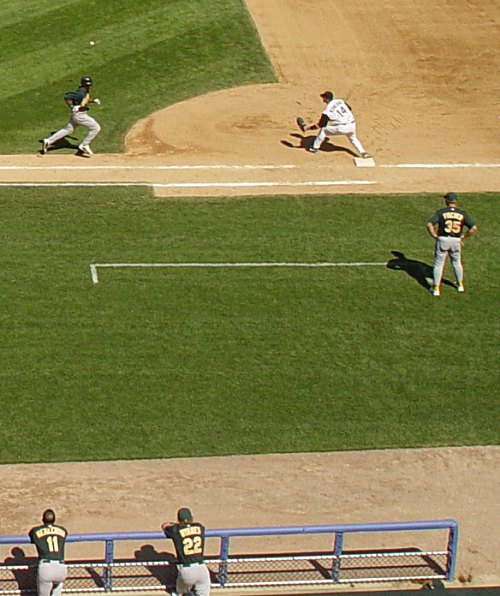 See that ball in the air over his head? A low ball, delivered right into the hands of a White Sox player ensured this guy was out! 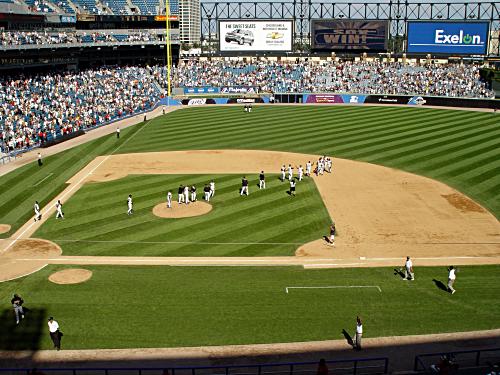 5 thoughts on “That baseball game”