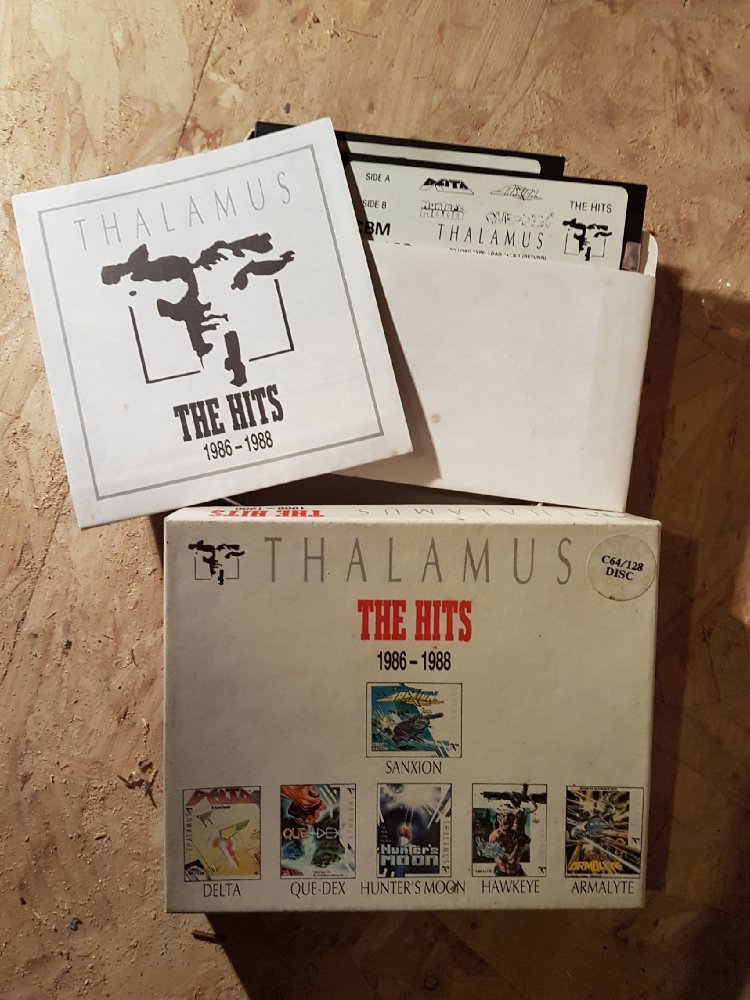 Thalamus was a game developer based in the UK in the mid 80s to early 90s. They had a reputation for flashy games and and pounding soundtracks. Most of their games were highly rated and their first compilation, The Hits, had some amazing games.

Sanxion and Armalyte were among my favourite shoot ’em ups while Hawkeye had great looking parallax scrolling. I thought the Delta theme music was great but the game didn’t grab me like Armalyte did. I’m going to get that game out again later..

Still have the receipt from Turbosoft in the box too!

Thanks Commodore Format for reminding me I bought this!