A thread on Reddit asked what you use the new split screen functionality in Android Nougat for. Apparently people use it to browse Reddit and watch YouTube at the same time.

Samsung Android phones have had this functionality for a while but I rarely use it however I decided to try this, and it works fairly well! 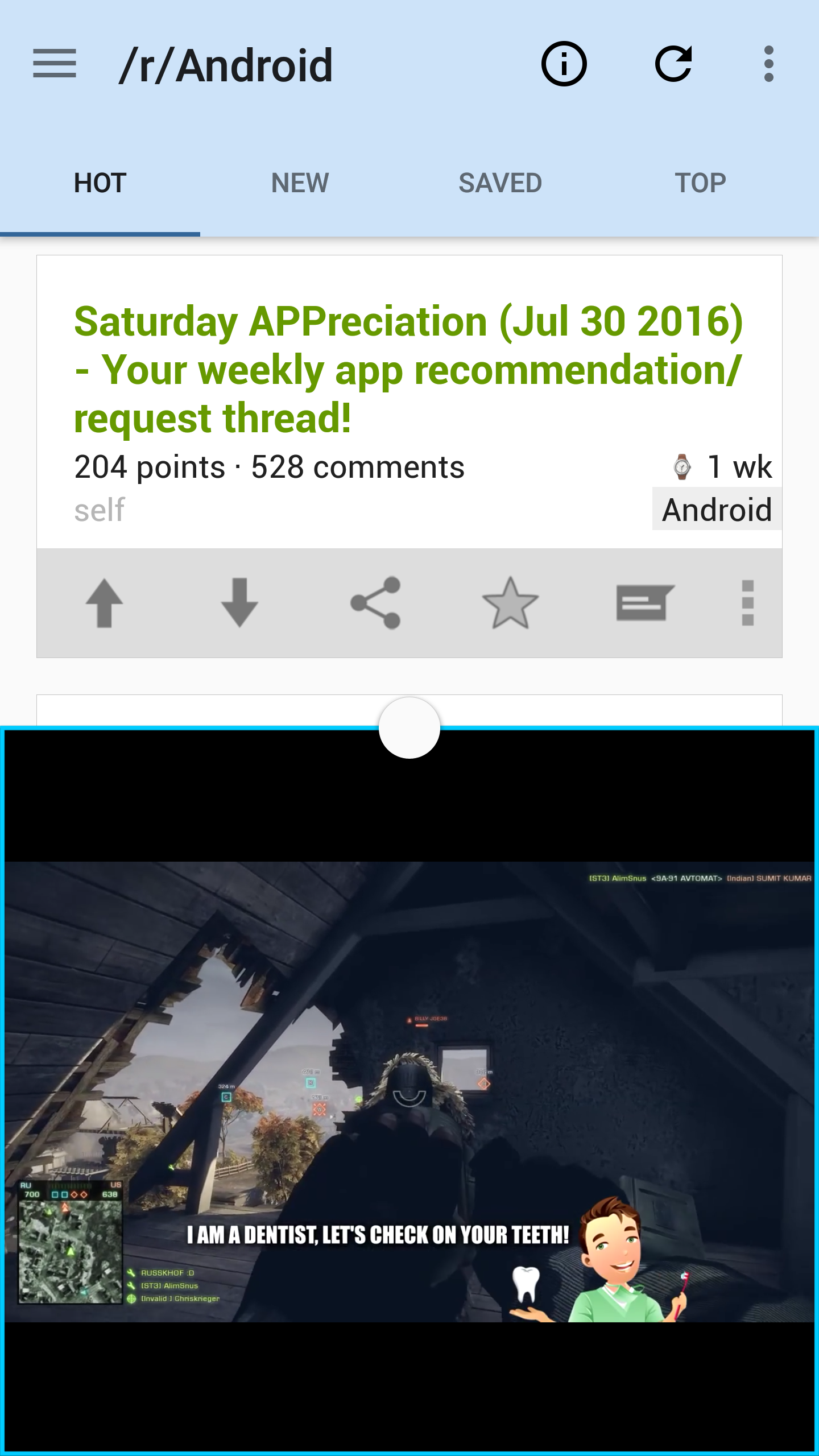 ‘course I don’t know how you can concentrate on something else and watch a video at the same time..

Hey! It even works with the WordPress app! 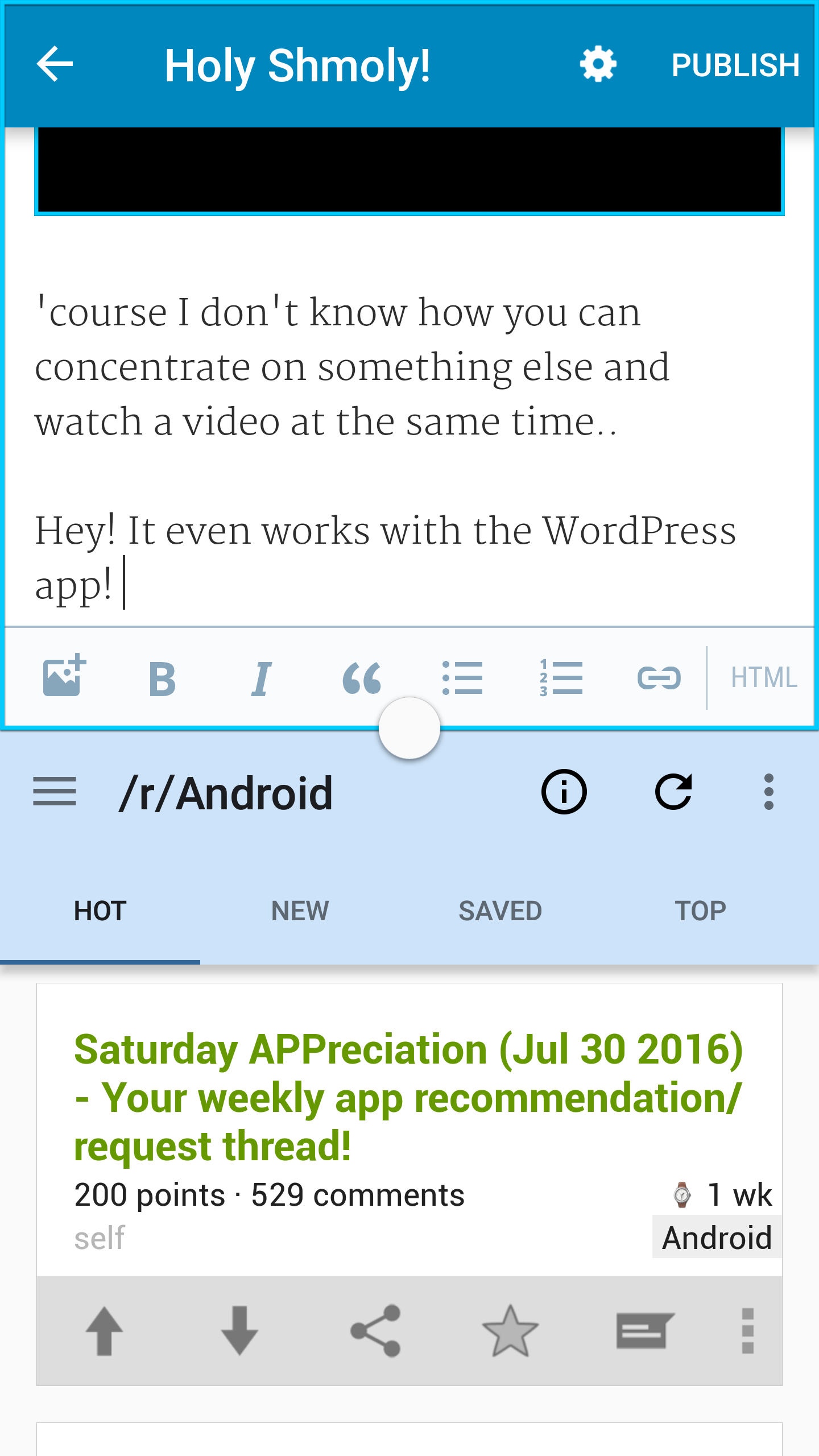 I guess it would be useful for picking out quotes from articles, and it would save lots of tapping on the multitasking button to change apps when copying text.

Have you used the split screen feature of your phone if it has it?