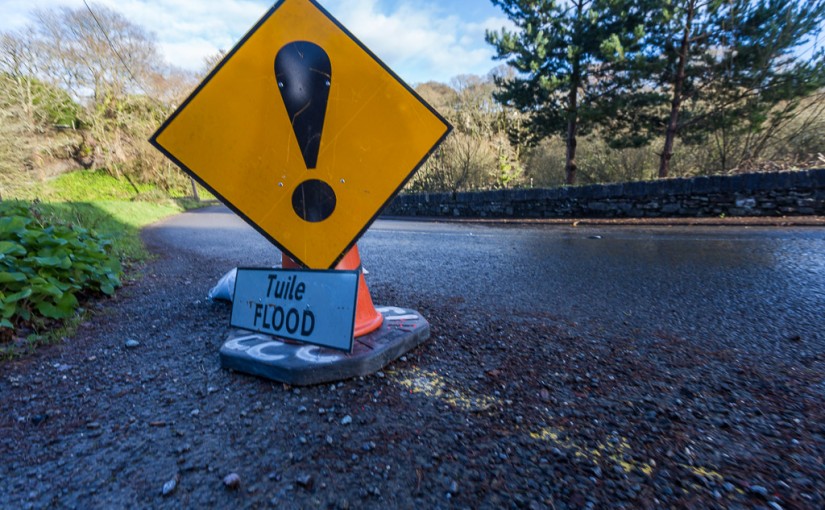 A few photos of the River Martin in Blarney, swollen after the rains of Storm Frank yesterday. Not pictured are the broken garden fences I haphazardly repaired in torrential rain last night. At least the rain stopped this morning to let me repair the roof of our shed.

Cold tonight with clear spells and light winds over the northern half of the country with temperatures falling to between 0 and 4 degrees with some icy patches. But further south, cloud and winds will increase with rain developing and pushing northwards through the night (falling as sleet or snow in parts of Ulster towards dawn). Winds will be light variable at first then easterly and increase fresh to strong veering southwesterly in southern counties later in the night. (met.ie)

Ever wondered how climate change is going to affect Ireland? This post will be of interest to you.

In Ireland the average air temperature has risen by approximately 0.8°C in the last 100 years, with much of the warming occurring towards the end of the 20thcentury, all seasons are warmer. Some of the impacts can already be seen; the start of the growing season for certain species is now up to 10 days earlier, there has been a decrease in the number of days with frost and increase in the number of warm days (days over 20°C).
….
Over the last 30 years or so rainfall amounts have increased by approximately 5%, and there is some evidence of an increase in the number of days with heavy rain in the west and northwest. Climate projections for rainfall have greater uncertainty than for temperature, they indicate that overall rainfall amounts in Ireland might decrease slightly, summers are likely to become drier while winters may be wetter especially in the west and north. There are also indications of an increase in the number of very wet days (days with rainfall >20mm).

These projections, applied to river flows, show an increased risk of winter flooding, an increased risk of short duration ‘flash’ floods and to possible water shortages in summer months due to higher temperatures and lower rainfall. The rise in sea levels will make low lying coastal areas more prone to flooding, especially from storm surges.

It warns that the changes will happen slowly so we’re not going to notice them year-on-year but it doesn’t look good.