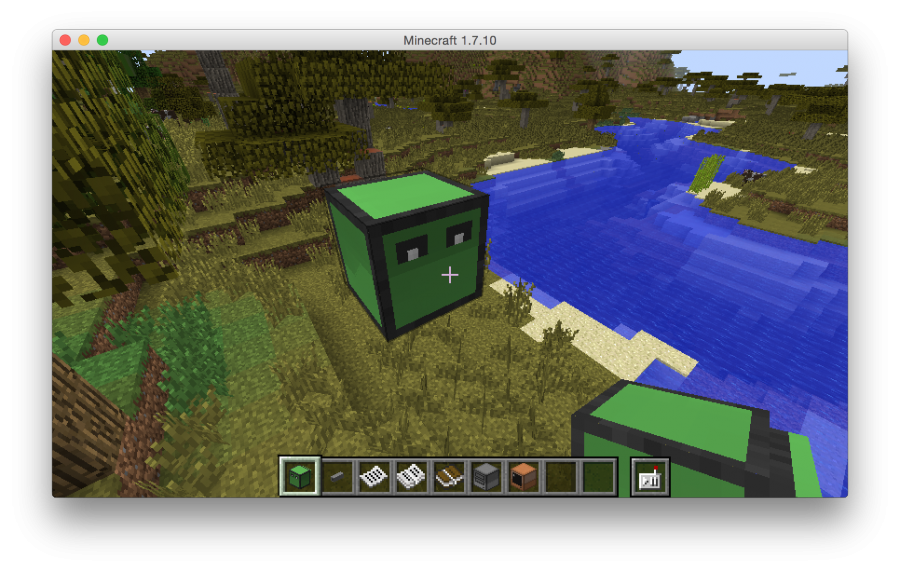 I’ve long been interested in messing around with Javascript in Minecraft courtesy of ScriptCraft but I never got around to it, partly because it required using an external program to edit code but something always stopped the code running. I gotta go bug Walter about it! 🙂

Anyway, I recently discovered ComputerCraftEdu which is a mod for Minecraft that has both a drag and drop and text mode code editor to program turtles that do anything the player can do. It’s a different beast to ScriptCraft and necessarily more limited but I think it’ll make it easier to teach the basics of programming to my eight year old son. Loops, conditions and functions are all possible here and will hopefully give him a taste for what’s possible. He’s already hooked on command blocks but that single line interface is awful! 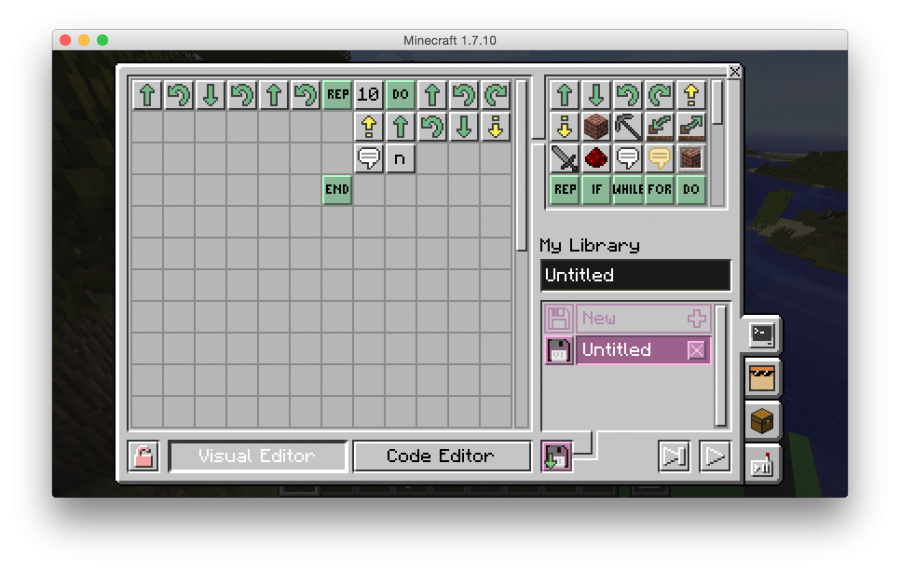 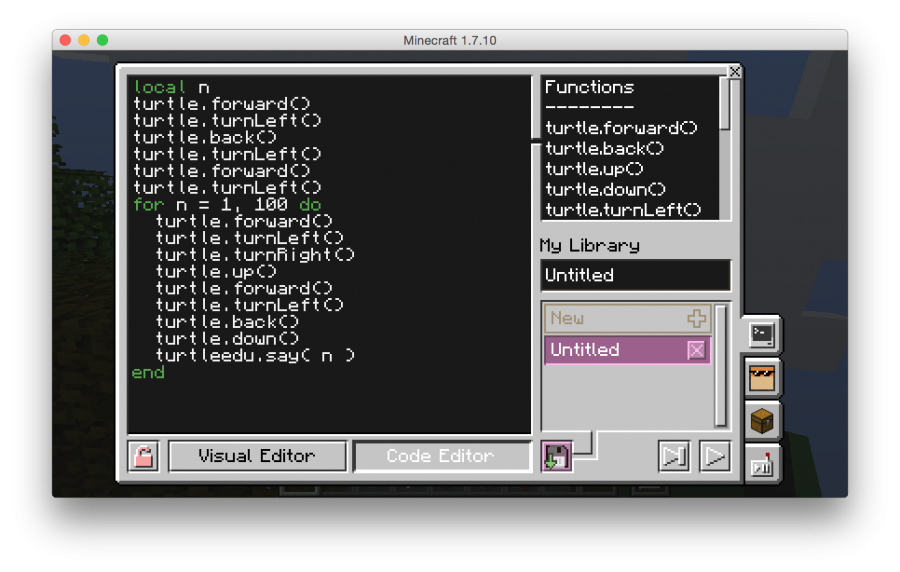 Installing ComputerCraftEdu is fairly easy, but we experienced some odd problems:

There are a whole series of tutorial videos and a programming section on their wiki to explain the commands available. There are example maps, guidance for parents and tools for teachers available so it’s definitely worth looking into.

Thanks Alex for telling me about this mod. Here’s what r/FTB had to say about it. They’re enthusiastic too! 🙂