The numbers are scary. Sitting really seems to be bad if the observational studies and meta analysis studies are to be believed. Sitting for lengthy periods of time contributes to all sorts of nasty diseases like cancers and heart disease. It’s a wonder I’ve reached this age at all!

It doesn’t matter how much you exercise, it has no effect on how bad sitting is for you. You’re better off getting up and walking around for 2 minutes every half hour or hour than doing that intensive hour of walking in the morning. (damn)

And the findings were sobering: Every single hour of television watched after the age of 25 reduces the viewer’s life expectancy by 21.8 minutes.

By comparison, smoking a single cigarette reduces life expectancy by about 11 minutes, the authors said.

Looking more broadly, they concluded that an adult who spends an average of six hours a day watching TV over the course of a lifetime can expect to live 4.8 years fewer than a person who does not watch TV.

I’m just glad I have a standing desk but I need to use it more often in it’s elevated position. 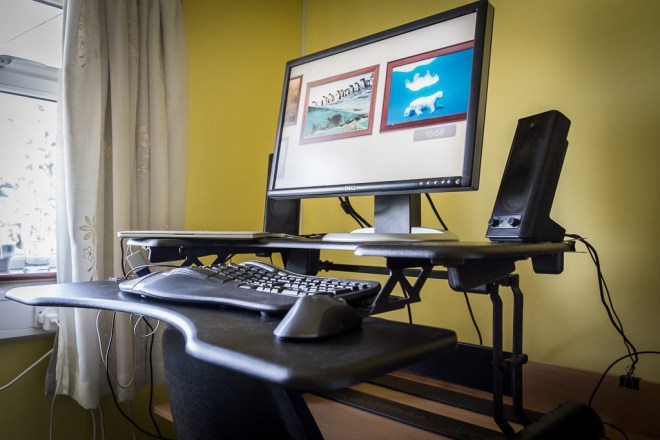 I have no idea why sitting is bad for you. The video above suggests a few reasons but it’s all speculation.

One thought on “Why the hell is sitting so bad for us?”