We live in a secular democracy but a few days of the year you’d hardly know it. I don’t count Christmas as that’s really the most consumer driven spendfest of money and consumption ever. Good Friday is one of those days though and it’s made all the more obvious when you go into any shop in Ireland today: 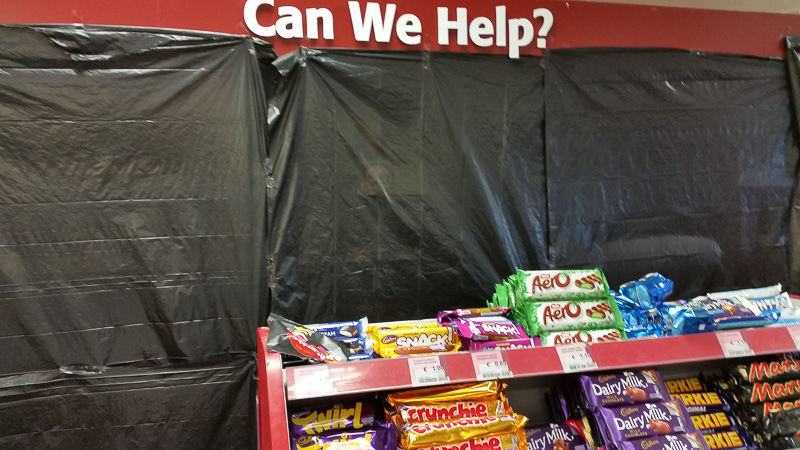 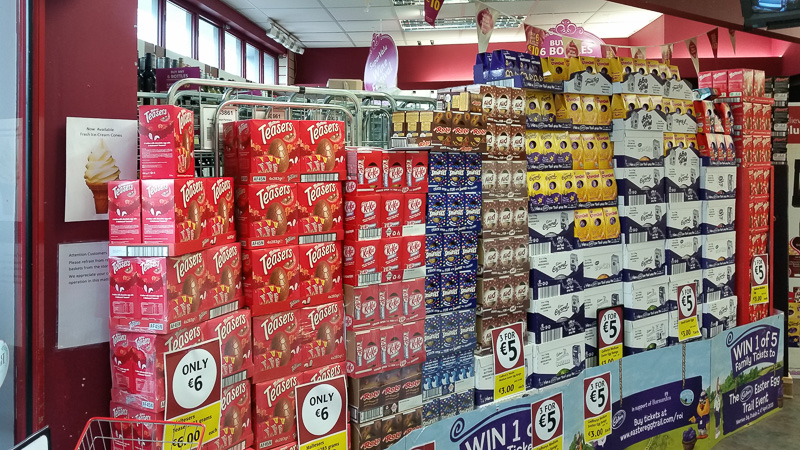 You can’t buy alcoholic drinks today in Ireland, but that’s alright because anyone who cared was out last night at the off-license getting their tins and bottles for the party tonight. There’ll be some sore heads tomorrow!

As the Rubber Bandits so eloquently put it,

Make sure ye don’t drink alcohol today. There was a lad nailed to a cross in the late Iron age and he’s his own father. The two of them will set you on fire after you die if you drink cans. Just to be extra safe; our government, which is comprised of rational adults has written this into the law so you can’t buy cans anyway. It’s grand, don’t worry though. You can eat big chocolate eggs on sunday. This is because the lad who was his own father from the late Iron age didn’t die after all. So you can eat the chocolate eggs then because of that.