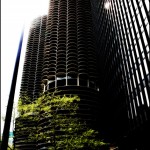 A few weeks ago I blogged about my backup system. How I have two 1TB Iomega external drives and how one drive is a duplicate of everything on the other drive, and how I backup everything on my laptop and VPS accounts. It sometimes seem excessive but I’m paranoid.

This morning I’m very glad I went to such lengths. I wanted to copy some stuff onto my Macbook, and there’s nothing like the bandwidth available from a directly connected disk. I unmounted my drive, at least I tried. Something was keeping it mounted. Instead of following my own advice and checking what program was keeping the drive busy, I used “umount -l” instead. Turns out it was Rhythmbox, but I didn’t realise that until later.

Anyway, I disconnected the usb cable, plugged in the one connected to the Macbook (BTW – Ext2 for Mac OS X is useful for reading ext2/ext3 filesystems) and kaboom. The light on the external drive went out. Oh oh.

Long story short, the drive refused to mount again on the Linux box for several minutes. Eventually it did, but with errors. I’m running fsck.ext3 on it but it’s giving me tons of errors and won’t run automatically. I need to buy another drive this morning.

So what’s lost? My 8 years of photos? All the family videos shot over the last 2 years? My mp3 collection? Nope. They’re all backed up. Murphy’s Law states that if something can go wrong, it will. This was the worst time ever for a drive to fail as I had just reinstalled the operating system, and my backup system wasn’t running properly yet. Thankfully nothing irreplaceable was moved onto the broken drive in that narrow window of time when things weren’t being backed up.

I now want to get that new drive installed before the second goes belly up! Paranoid? You betcha!