I'm just back from the recycling area in Blarney and I'm perplexed. There's a huge sign there saying that effective from the start of this month, papers and plastics won't be collected. The large container for these products is conspicuous by it's absence.
The sign also has "No Dumping!" written on it in pen, and some of the remaining glass containers have the warning, "No plastic bottles if you don't want these to be removed as well!"

On the ground in front of the sign lay five or six white plastic bags full of rubbish. It's more than likely wet waste as well as recyclables and as I left a young man in a hoody approached carrying another white bag. A young woman trailed behind him by a dozen feet with another white bag.

How long more will Cork County Council collect the rubbish that's dumped there before they remove the facility altogether?

Update 24 hours later: The rubbish was cleared up this morning. 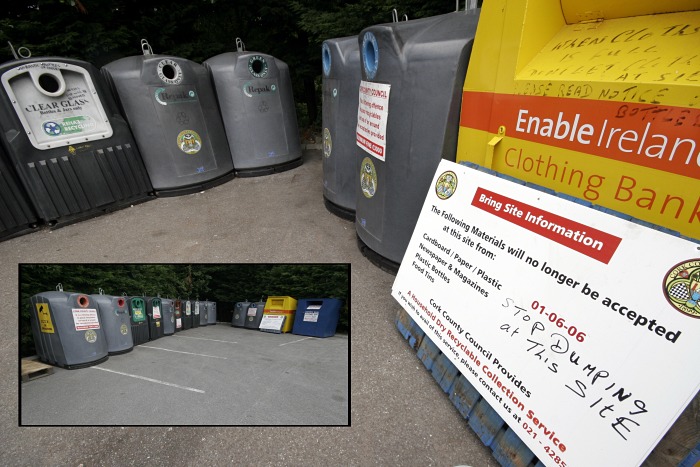 1 reply on “No more dumping in Blarney”

Its disappointing that they shut down that site – I used it all the time as it was about the only place left that would take all the recycling – cardboard/plastic/newspapers etc. Now its back to the huge collection fees unfortunately.