This is the Parish Church in the village of Sneem. Outside were several pyramids built by James Scanlon in 1987. Nearby is a statue of Isis and a plague underneath saying: 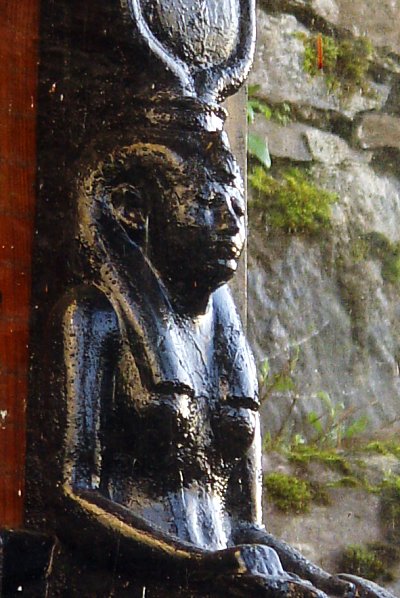