At the start of June Sammy Sosa, Chicago Cubs’ star player broke his bat during a game. Cork was discovered inside the bat, lending him an unfair advantage while hitting. I was there with Martina, and although I didn’t realise the full extent and implications of what was happening, I snapped a few photos. It made headline news for about 2 weeks afterwards! You can find more about this via Google. 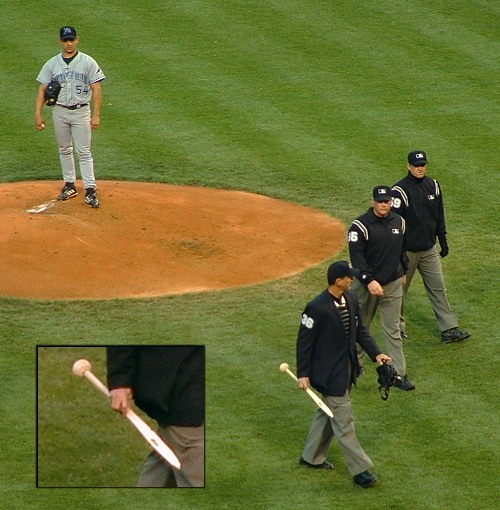 Referees and inspectors walk off the field. You can clearly see the bat Sammy used, and there’s a slight shadow in the middle. Is that where the cork was? 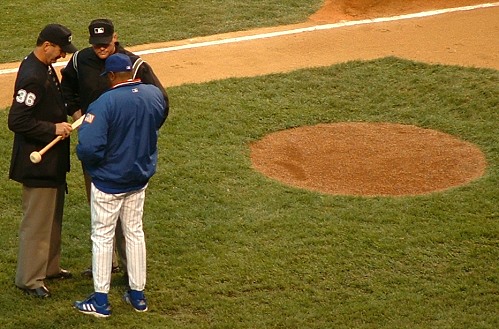 The bat was inspected at the side of the field. Shortly after they walked off and the game continued. 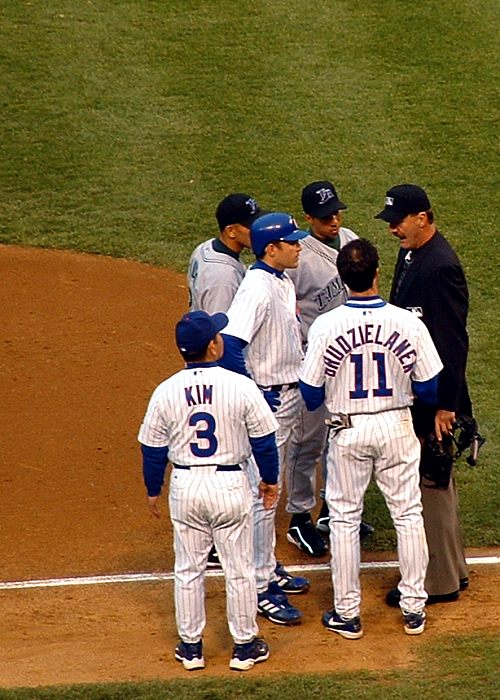 But not before members of the Cubs and one of their officials had a good talk..

As the game restarted, the Cubs pitched..