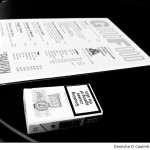 Some lessons you don’t forget, but this one I did because it doesn’t come up very often.

Don’t use is_int() because, as Jeremy says, it’ll lie to you. Use is_numeric() instead.

Copy the following chunk of code into a php file and run it. You’ll be surprised at the outcome:

The problem is that is_int() thinks a string of numbers is a string, not an integer. The is_int() man page has an example illustrating that but it’s easy to miss. That function should carry a public health warning!

There’s also the ctype_digit() function too but it has it’s own gotcha:

Note: This function require a string to be useful, so for example passing in an integer will always return FALSE. However, also note that HTML Forms will result in numeric strings and not integers. See also the types section of the manual.