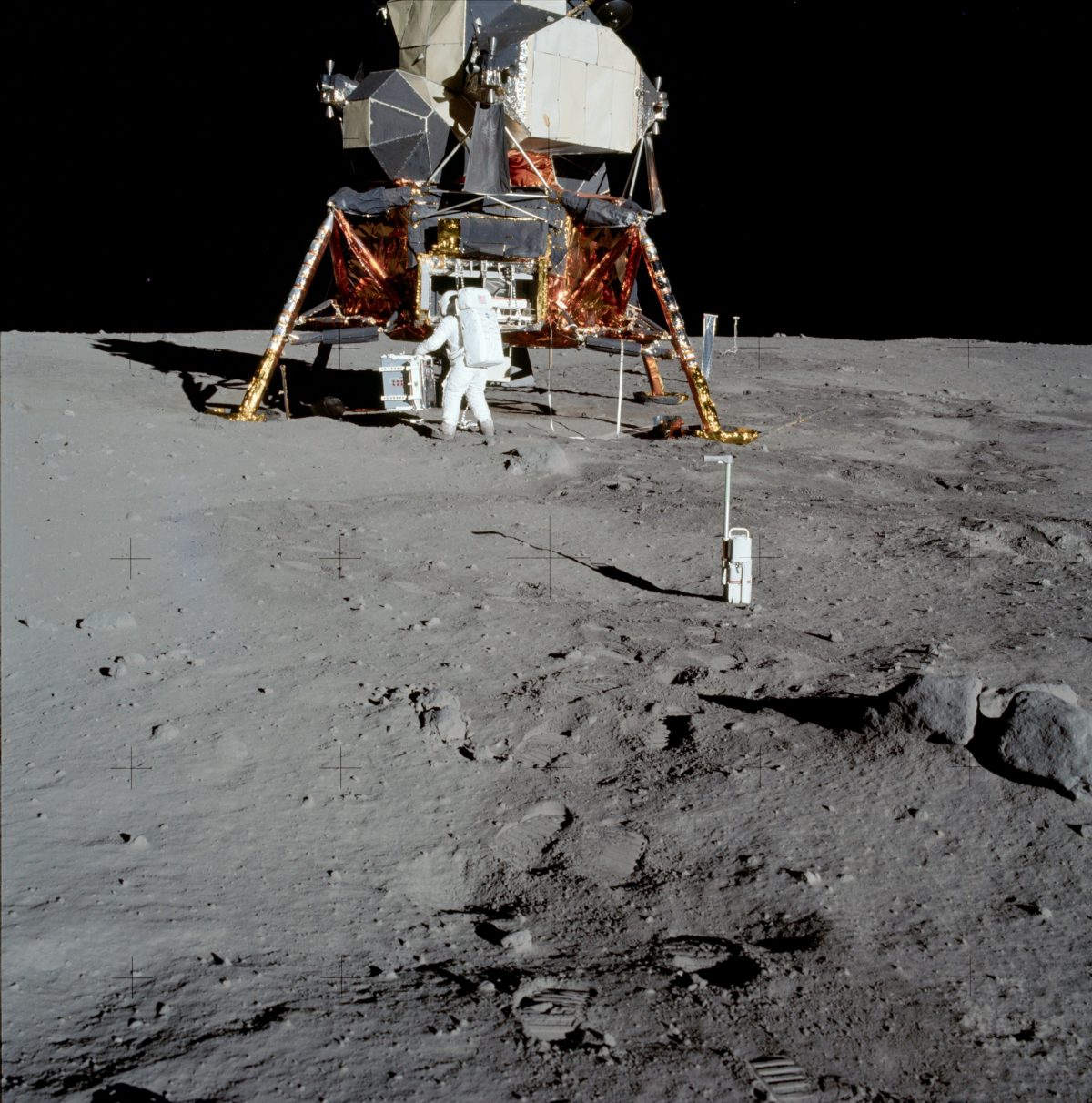 13 Minutes to the Moon is a BBC podcast telling the story of the first Moon landing and all that led up to it and it’s gripping listening featuring recordings from the time, great music and great story telling.

However, if you want to dig deeper into the Apollo missions I would recommend the Omega Tau podcast episodes about the Apollo missions. I already blogged about them but it’s worth repeating since there’s probably a whole new audience that will want to hear more!

Episode 83 is an interview with W. David Woods about his book How Apollo Flew to the Moon:

… where he describes in great length all the detail a geek wants to know about how the Apollo spacecraft and the flights to the Moon worked. In the episode, we basically go through an Apollo mission and discuss aspects such as the mission structure, the workshare between the crew and mission control, communication and telemetry, guidance and navigation, approach, landing and re-launch on the Moon as well as re-entry and landing on earth.

In episode 97 he returned to talk about exploring the Moon!

This is the long-awaited follow-up to the first Apollo episode, once again with W. David Woods, author of How Apollo Flew to the Moon. In this episode we cover that part that we omitted in the first episode: the time on the moon. We talk about life support, the various scientific instruments and experiments as well as the technology and use of the lunar rover (about which David is actually writing another book).

This episode is a mix between computer architecture, programming and (historic) space flight. We cover the ins and outs of the Apollo Guidance Computer. Our guest is Frank O’Brien, who wrote an incredibly detailed book about this machine. In the episode we cover the hardware architecture, the instruction set, the various layers (native, executive and interpreter) as well as some mission programs.

Follow those interviews up with episode 218, A Life in Apollo where Markus interviews George Knudsen about the Saturn 5 launch vehicle and Apollo.

George Knudsen started working in 1958 on the Redstone missile, and moved on to working on the Atlas ICBM. Later he worked on the Saturn 5 launch vehicle, where he was responsible for the fuel tanks. He was on the launch team at Cape Canaveral for various Apollo missions. In this episode with talk with George about his work in this fascinating period of science and engineering history.

The Omega Tau podcast has been going for many years and they have episodes on all sorts of engineering and scientific topics. For other episodes related to Apollo have a look at this search on his blog listing many more episodes.