I have a huge archive of photos. I shoot tens of thousands of photos every year. Storage requirements for all those photos was bad enough when I shot in Jpeg but then I switched to RAW and space usage jumped! Here’s what the last 3 years looks like:

169GB of data is a lot of stuff to store. Originally I had them all duplicated on two external drives but then I bought a 500GB internal drive for my laptop for speedier access. Unfortunately that drive simply wasn’t big enough. I need to convert some of my RAW files to Jpeg to save space. To preserve the original RAW files I want to archive them somewhere permanently. I have a DVD writer so that was an obvious choice.

Burning data to lots of DVDs is tiresome. You can use tar, zip or another archiver to split the data but then you have to run through all the DVDs to pick out a file to restore. I like having the files directly accessible but that means endless selecting files, making sure they’re as close to the DVD size as possible, burning them, moving on to the next bunch. In the bad old DOS days I had a program to fill floppy disks if you pointed it at a directory but I’ve spent years searching for a similar Linux script. Last week I found one.

Enter Discspan. My 2007 archive was already burned to DVD, and I wish I had this script while doing it. I’ve burned my 2008 archive with Discspan and it was a doddle. Point it at the right directory, feed it some details about the DVD drive and let it go. 26 DVDs later and my 2008 archive is safe on DVD!

The script scans the directory, figures out how many DVDs are required and it fills each DVD with data, spanning my digital archive over multiple DVDs.

Be aware when using it that you should let Linux detect the next blank DVD before pressing return. The first time I ran it the script bombed out when growisofs didn’t see media to write to. You also need to patch it because it doesn’t detect the right size of DVD+R’s but it’s a simple one-liner.

Another Linux project, Brasero promises to span disks too but it didn’t for me. It’s the default CD/DVD burner in Ubuntu now and it’s a shame this functionality is broken in it.

Hopefully Brasero will be fixed for the next release. I’d offer to help but my C/C++ is very rusty.

What is Raw? This article goes in-depth into what raw photography is about and explains the advantage of having 12 bits of colour versus 8 bits in a jpeg file. 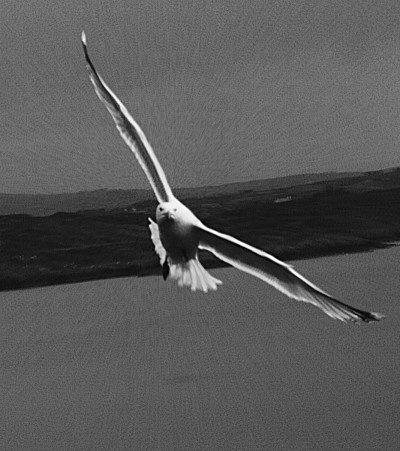