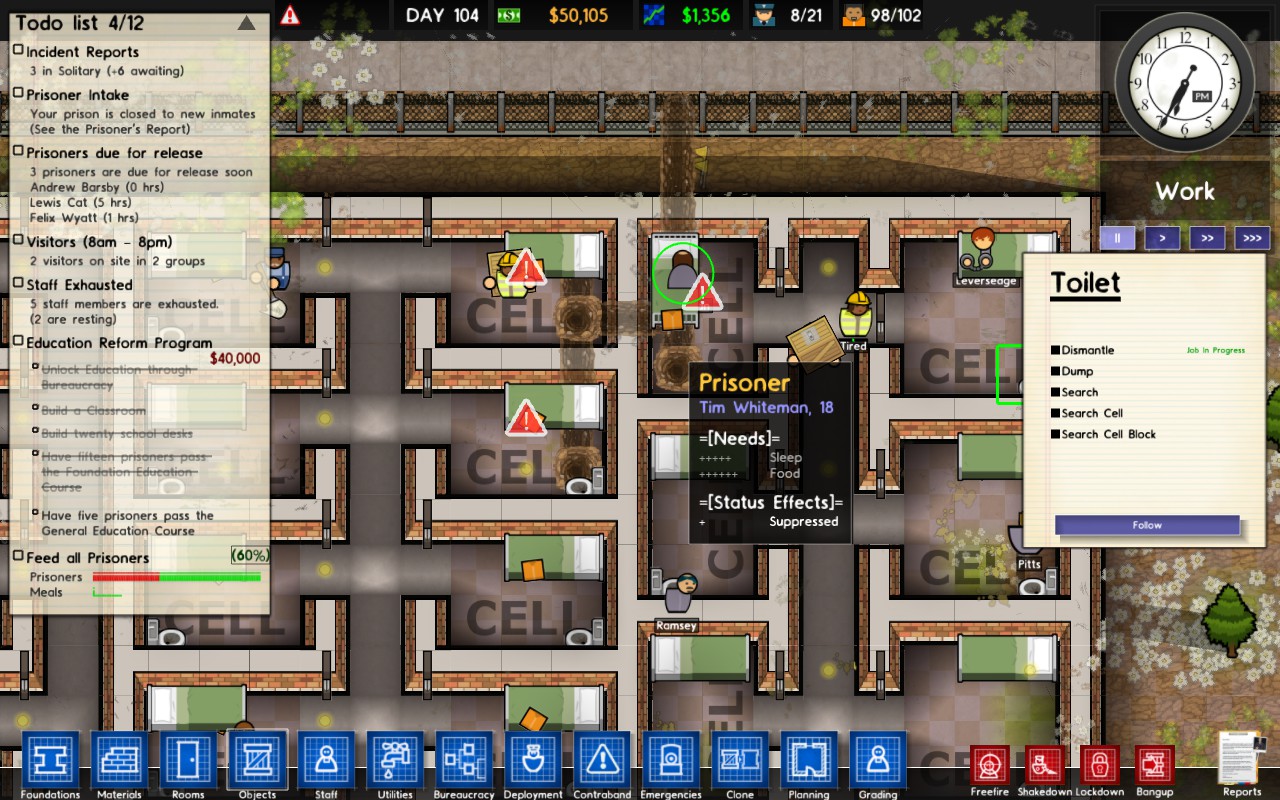 Prison Architect is a game where you design and run an ever expanding prison. It’s still in early access but the developers bring out a new update every month.

The latest update introduced random characteristics for new prisoners. For example, some will be volatile and cause a riot for no reason at all. Others will be stoic and pay no heed to any sort of punishment given. Imagine a prisoner who was volatile and stoic? They also apparently increased the chance of a prisoner trying to escape using a tunnel. That’s why my guards perform a shakedown of the prisoners every second night to catch these subterranean trouble makers.

In the screenshot above, a dog handler suspected a tunnel was being dug so I ordered my workmen to dismantle local toilets, and look what they found! Upon further investigation I found another two toilets compromised. Quite a stink.

You don’t see that in Orange is the New Black now, do you? (No spoilers please for those who haven’t seen season 2!)