John F. Kennedy, visited my home town Cork, during his trip to Ireland in 1963. This is a photo that popped up on the “Cork” tag Flickr stream last night and I had to blog it. 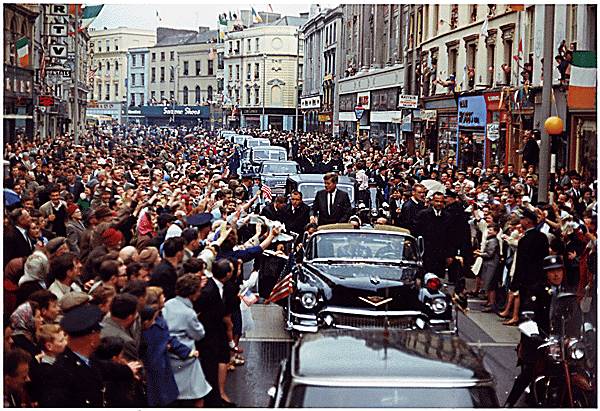 Different times, he’s completely exposed to the crowd. Patrick Street is thronged with people. They’re practically hanging out the windows trying to catch a glimpse of him. If anyone wanted to take a pot-shot at him it would have been simple to do so but at the time the country was swept up in a tide of pride and joy. “Kennedy had near-legendary status in Ireland, as the first person of Irish heritage to have a position of world power.”
This was only a few months before his assassination in Dallas later that year in November. The Wikipedia page on him has a paragraph dedicated to the visit, and links to this article from the BBC archives.